The start of a new year (calendar year, not academic year) has always been an odd feeling for me. Logical ILB knows that time is a construct, and that what we are celebrating is an incredibly arbitrary point. Resolutions are made because of a new year, but part of me would rather make them in spite of one.

But, in the past, the new year has always been interesting.

One year I saw a friend who I rarely managed to see on New Year’s Day – not because it was New Year’s Day, but just because he was available. One I did some work for my uncle, who paid me £60 for a few hours and bought me lunch. One year I was still coming down from the high of getting a kiss from a girl I fancied a few days prior. One I spent largely singing the numbers from Avenue Q while my GP tinkled the ivories in a friend’s back room.

And then there are the bad ones. The ones in the late ’90s and early ’00s where I would spend my days in floods of tears. Ones where I would toast the new year convinced I wasn’t going to make it through another twelve months. The millennium celebration was the worst – it was cold, it was wet, it was outside, I was completely crushed by the girl I wanted at the time, and I lost my special pen for writing my diary.

[Most of my misery during those years was due to unrequited love. It was the same girl for several years… and then another for a few more. I even drew a diagram once, in Comic Sans.]

And, of course, I was dumped on New Year’s Day 2011. That still comes back to me in my darkest moments.

And then there are the sexy ones. The beginning of 2004 that I spent in a sleepy haze. The moments when I managed to both finish the old year and start the new one with my penis inside someone else (orgasms are a nice beginning). The one where I got a very drunken text from someone saying she wanted to fuck me. Every time I’ve managed to wake up next to someone and start the day, the week, the month and the year with a kiss and a cuddle.

I usually spend New Year with my friends. This year, that didn’t happen.

New Year was comfortable. I ate hot food, I quaffed some lemonade and I watched Jools Holland with my wife. There wasn’t any high emotion, nor was there any drama either (nor was there any sex). There was a hug in the middle of our living room, a lie-down and a bit of a sleep. Another year passed, and after the action-packed first half of 2022, everything seems like a bit of anticlimax.

But it was comfortable and quiet.

And that is what I needed.

And so forwards we go. 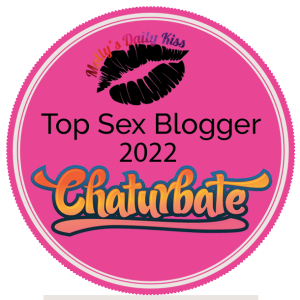